"Then I say the Earth belongs to each generation during its course, fully and in its right no generation can contract debts greater than may be paid during the course of its existence"

"You never change things by fighting the existing reality. To change something, build a new model that makes the existing model obsolete."

"If there are to be problems, may they come during my life-time so that I can resolve them and give my children the chance of a good life."

JOIN US IN SARAJEVO!
Under the patronage:

Energy planning and the transition towards renewable energy systems
Tue / 30.06. @ 11:30

On a European level, there are currently two tendencies within the energy field; on the one hand an increasing market integration between countries and, on the other, a number of low-carbon local or community-scale projects based on principles of sustainability and utilization of locally available energy resources. The first tendency points towards central solutions with strong infrastructures while the second suggests local solutions with local integration of renewable energy sources. Full local integration is costly and does not fully exploit the synergies between different energy systems in different areas. On the other hand, the strengthening of infrastructures between countries and regions is merely the current energy organizations’ natural response to the new challenges of renewable energy integration, and is not necessarily balanced appropriately with local integration.

This presentation outlines some of the historical developments increasing the renewable energy penetration as well as point towards problems and possible paths forward. 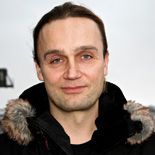 Poul Alberg Østergaard is professor in energy planning at the Department of Planning at Aalborg University, Denmark. Poul Østergaard holds a M.Sc. and a Ph.D. in energy planning – the latter with particular focus on integrated resource planning and the organisational structure of the energy sector. He has conducted research and authored publications on energy planning since 1995 and has been project manager, work package leader or participants in a series of research projects mostly centred around large scale integration of renewable energy sources and the development of renewable energy scenarios. He is the programme director of the M.Sc. programme in Sustainable Energy Planning and Management at Aalborg University and has been involved in various other teaching and training activities notably energy systems analyses work-shops in Denmark, Nicaragua, Jordan and Malaysia. He is also the editor-in-chief of the Int Journal of Sustainable Energy Planning and Management

Urban, economic and infrastructure systems have been developed in the river valleys of SEE, just like in other parts of the world. Local river engineering activities began very early, as people needed to use water resources, protect themselves from floods, and move along or across rivers. River engineering and flood protection became more and more complex over time, as increasingly stringent criteria were set for the protection of a growing number of people and continually increasing value of assets in flood-prone areas.

Today, the expression “river engineering” means the process of undertaking planned activities to alter a river course, riverbed characteristics or the flow regime, in order to systematically reduce damages caused by floods and riverbank erosion; create conditions for  use of rivers for navigation, water supply, hydropower generation, irrigation, recreation and other needs; and protect and promote river and riparian environments. Planning of river engineering measures now tends to be integrated, sustainable and multidisciplinary, taking into account the physical characteristics of the river (like its morphology, hydrology, hydraulics, and sediment transport), and considering also environmental and social issues.

The particularity of river engineering, as a hydrotechnical discipline, is that the completion of works is generally followed by nature’s response, which is difficult and often impossible to fully predict. A disturbance of the natural river regime, either by works in the riverbed or alteration of the water and sediment regime, results in subsequent short- or long-term morphological processes that lead to a new equilibrium state.

This lecture will include a number of examples of past river engineering projects in Serbia, and reveal their benefits and faults. Hopefully, these experiences will help new generations of engineers when they deal with new “development schemes” that might interfere with the remaining natural rivers in SEE. 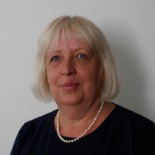 Marina Babić Mladenović, PhD, Civ. Eng. was born in 1957 in Belgrade, Serbia. She graduated on the University of Belgrade, Faculty of Civil Engineering – specialization in Hydraulic Engineering in 1981. In 1991 she finalized her MSc entitled “Development of the mathematical modelling method of transport of pollution in natural watercourses with examples of its application in solving some practical problems”. In 2006 she was awarded the PhD degree after defending dissertation titled “The effect of reservoirs on sediment regime of alluvial rivers – Case study of the Iron Gate reservoir”. Her career progressed in the Jaroslav Černi Water Institute from an assistant (1981), over senior researcher (1989) to a head of the Section for Hydraulics and Transport Processes of the Department for River Engineering (1994). Between 2002 and 2017 she was the director of the same Department. She was the Executive Director of the Institute till December 2019. Between 2008 and 2017 was assistant professor at the Faculty of Architecture, Civil Engineering and Geodesy in Banja Luka, Bosnia and Herzegovina, topic: River Engineering. Dr Mladenović has participated or led expert teams in many national and international projects and research campaigns. She took part in international forums, multilateral and bilateral commissions as an expert – representative of Serbia. She was appointed member of the flood protection expert groups within the International Commission for the Protection of the Danube River and the International Sava River Basin Commission. She has published about 130 papers related to hydrology, operation of water management systems, river hydraulics, transport of pollution, sediment and ice in natural watercourses, hydro-morphology, water management and flood risk management. Recently she published the book River Engineering (only in Serbian).

The Hot Issue of Cooling: Switching the Focus from the Technological to the Operational level
Wed / 01.07. @ 11:30

The rapid spread of air conditioning in the civil sector, mostly in developing countries, leads to growing concerns about the consequent increase in energy consumption and greenhouse gases emissions. The vicious circle represented by “environmental impact of cooling systems → increase in ambient temperatures due to global warming → increased need for space cooling and environmental impact” must be urgently broken, since in a baseline or “no act” scenario it would represent one of the main contributors to long-term temperature increase.

Intergovernmental institutions, public authorities and technical committees have highlighted the crucial role that novel and more energy efficient technologies could play toward a more sustainable supply of cooling in both the industrial and the civil sector. The refrigeration and HVAC industry develops new and more efficient solutions, while research on natural or low GDP fluids contributes to mitigate the environmental impact related to improper disposal and refrigerant leakages. However, enormous but “hidden” margins for energy saving are still unexploited, in particular those lying at the operational level of refrigeration and air conditioning units. User-oriented selection of the most appropriate cooling system requires an accurate knowledge of cooling load profiles, while plant design is usually based on application of “rule of thumbs” and rarely preceded by detailed energy audits. Also, interesting surveys have demonstrated that a large share of AC units worldwide is poorly maintained, resulting in dramatic performance degradation and increase in electricity consumption. While struggling for new and more efficient technologies, it is crucial to guarantee an effective operation of the existing cooling systems by performing timely maintenance and troubleshooting supported by reliable Faults Detection and Diagnosis techniques.

This lecture provides a preliminary view on the current state of refrigeration and air conditioning, aimed at discussing the future perspectives that could emerge from a widespread consciousness of the key role of operational aspects and from technological advances aimed at guaranteeing efficient on-site operation of air-conditioners and chillers. 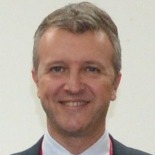 Antonio Piacentino is Full Professor of Energy Systems and Thermal Sciences at the Dpt. of Engineering, University of Palermo. He is currently covering the roles of President of the Territorial University of Trapani and Head of Master Course in Energy and Nuclear Engineering at University of Palermo. His teaching activities are in the field of Thermodynamics and Heat Transfer, Energy Management and Analysis and Thermoeconomics of Energy Systems. His research activities have covered a number of topics, being mainly focused on cogeneration and trigeneration applications in buildings, thermoeconomic cost accounting and diagnosis of energy systems (with a particular focus on refrigeration and air conditioning units), energy and exergy analysis of thermal desalination systems, process integration and pinch analysis.Prof. Piacentino has been involved in several European projects, Research Projects of National Interest financed by Italian Ministry of University and projects in the framework of the National Operative Programme “Research and Competitiveness”.He has authored or co-authored more than 120 papers, with more than 50 published on scientific and technical journals indexed by high-level databases. He served as associate editor for several scientific journals and as a Guest Editor for several Special Issues of top-level journals, serving also as a reviewer for many journals in the fields of thermodynamics, heat transfer, energetics and desalination. Also, Prof. Piacentino is member of several national and international associations, and since 2017 he has been serving as a member of the International Scientific Committee of SDEWES Centre.

The outbreak of COVID-19 pandemic has caused changes worldwide in a dimension that has not been seen since the Second World War. This pandemic and the measures taken to moderate the negative consequences have affected almost all aspects of our life. Transport has been one of the most affected sectors. With the spreading of the coronavirus, the use of the public transport became very restricted, especially aviation. Due to the need for the social distancing, there was increasing interest in cycling and private car mobility. Use of private cars has also been supported by very low oil prices. Low oil prices, additionally to the harmful economic impact of the lockdown, have also negative impact on the market penetration of electric vehicles. For example, electric vehicles sales in China dropped 54% and 90% by the end of January and February, respectively, and the total car sale in this two months decline by about 40%. The global car market is very sensitive to macroeconomic conditions. Currently, a combination of travel restrictions, unemployment, work in home-office, and low oil prices make electric vehicles less attractive at least in the short-term. Moreover, there are some developments, which could affect overall transport also in the long-term.  Based on recent experience with home office, it can be expected that this practice will be retained in the future to at least some extent. Likewise, business trips, international meetings and conferences will be reduced due to the new perceptions of different online communication tools, as well as economic and environmental reasons. In total, the interest in long-distance trips could be significantly reduced because flights will become more expensive. Before COVID-19 the economic mantra was simply: Globalization overall. But a lesson learned from this pandemic is that international trade could be very vulnerable on limited transport possibilities. However, the full impact of the coronavirus remains to be seen. 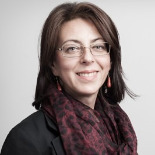 Amela Ajanovic is Assoc. Professor at TU Wien. She is a lecture and faculty member of the postgraduate MSc Program “Renewable Energy Systems”. She holds a master degree in electrical engineering and a PhD in energy economics at TU Wien. Her main research interests are alternative fuels and alternative automotive technologies as well as sustainable energy system and long-term energy scenarios. She has been guest researcher at the Energy Research Centre of the Netherlands (ECN) in Amsterdam and at the International Energy Agency (IEA) in Paris, as well as a guest lecturer at the Technical University of Prague. She has been involved in many national and international research projects, and has published more than 30 papers in peer- reviewed international journals.